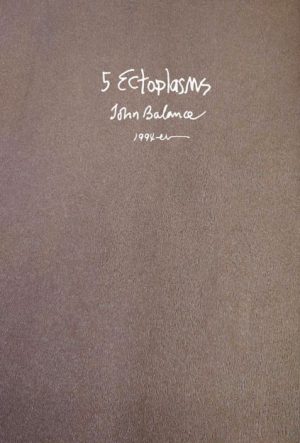 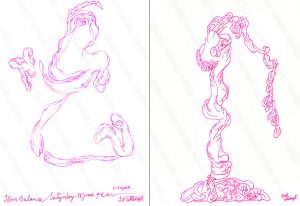 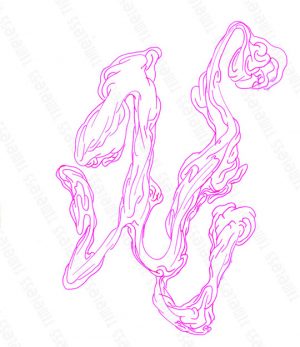 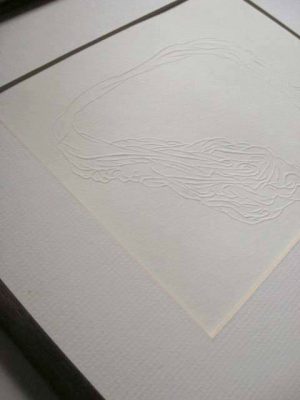 These magickally charged artworks are quite unlike anything in John Balance’s known visual oeuvre. Clearly influenced by Austin Osman Spare’s automatic drawings and originally considered “lost”, high resolution scans have recently been rediscovered and are presented here on 250gr Rives paper, sized 30 x 40 cm in a limited, individually numbered and blind-stamped edition of 50 copies available in a foil-blocked folder with an additional variant embossed print of probably the most striking image “Ectoplasm 4” as originally envisioned by Balance’s late partner, artist Ian Johnstone, who had planned to do prints of these several years ago before his own untimely passing.The folder includes an extended limitation card featuring some rare and private photos from the very final period of Balance’s earthly existence, most of them seen here for the very first time.

Bright Lights and Cats With No Mouths – John Balance 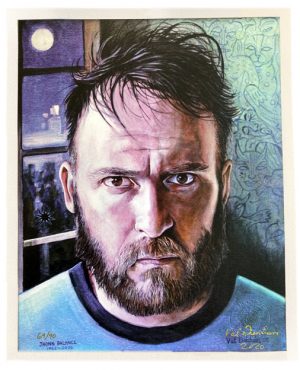