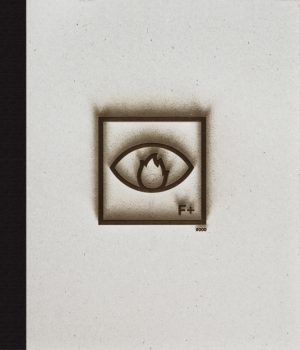 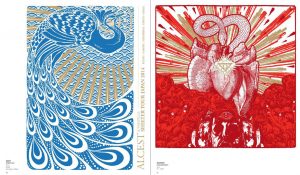 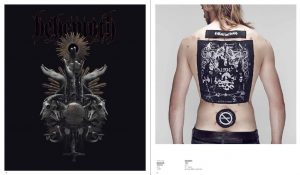 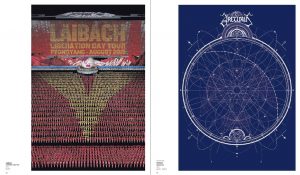 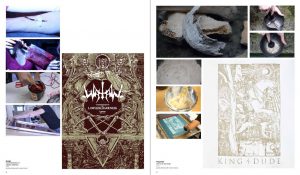 FIRE WORK WITH ME – Valnoir

This nearly 300-pages book FIRE WORK WITH ME presents a broad selection of many of the visual productions created by the graphic design studio Metastazis this past 15 years. It goes way beyond the mere compilation of album covers: FIRE WORK WITH ME offers more than a decade of documents, studies, and often unpublished texts. For his work exceeds by far the limits of common musical illustration, Valnoir, leader of the studio, hereby reveals a wide range of projects that flirt with contemporary arts and the fringes of legality.Among the 70 bands and artists he works with since the early 2000s can be found Alcest, Amorphis, Arcturus, Behemoth, Blut Aus Nord, Laibach, Morbid Angel, Paradise Lost, Samael, Secrets of the Moon , Sunn O))), The Black Dahlia Murder , Trivium, Ulver, Urfaust, Watain… But also a vast array of projects, including in cooperation with north korean state, and thoroughly documented.Many leading figures in the worlds of design and music, such as David Vincent (Morbid Angel), Kristoffer Rygg (Ulver), Erik Danielsson (Watain), Mkm (Antaeus) as well as Steven Heller (honored by first lady Michelle Obama for the National US design award), Mirko Ilic, Miran Mohar (NSK) or Morten Traavik exclusively contributed to this publication by providing their own texts and articles. 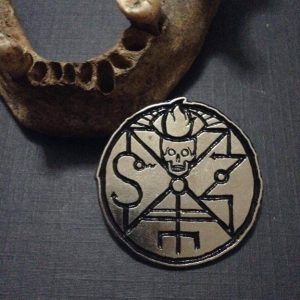