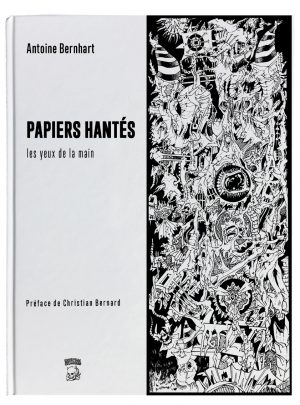 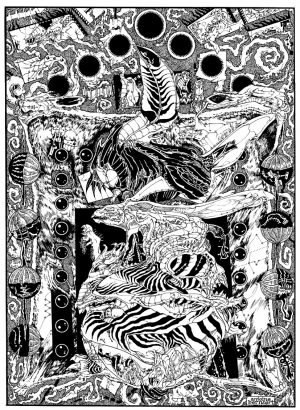 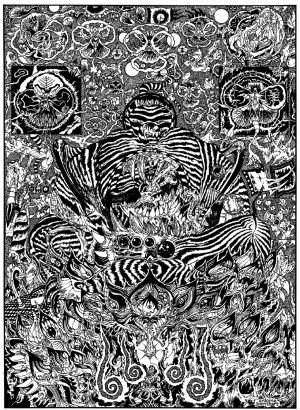 Foreword by Christian Bernard in french and english language.

Antoine Bernhart started to produce automatic drawings in the mid 60s and they were published along with Christian Bernard’s writings in 1968 as a book called ‘H‘.

This book drew the attention of PHASES which was an international art group created by Edouard Jaguer gathering writers influenced by Lautréamont, some Surrealist artists and some from the Lyrical Abstraction movement.

Antoine became a member of this artistic group as soon as his automatic drawings were published in the PHASES magazine (which included collaborators such as Wifredo Lam and Pierre Soulages).

PAPIER HANTÉS is a book compiling recent and older examples of Antoine’s automatic drawings which were exhibited at the MAMCO (Museum of Modern Art of Geneva) as well at Les Abattoirs (Museum of Modern art of Toulouse).

This extract from the Christian Bernard foreword give us a very good glimpse of the book’s content :

“When Bernhart puts his pen to Bristol board, the lines it will draw are not present in the artist’s mind; they are not lucidly projected. A nascent curve suggests an organic shape which slowly becomes clearer and merges into others which carry it or drown it under their adjacent movements. In other words, the artist welcomes the shapes that appear in the wake of his pen and accompanies them in their maturation and proliferation.”

The book is available in a standard and different special editions. 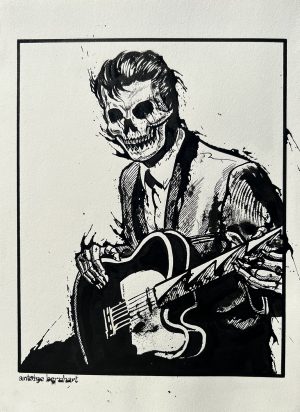 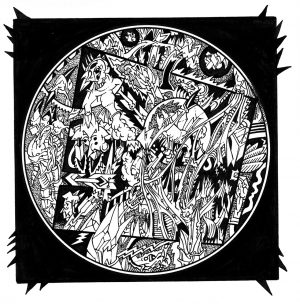 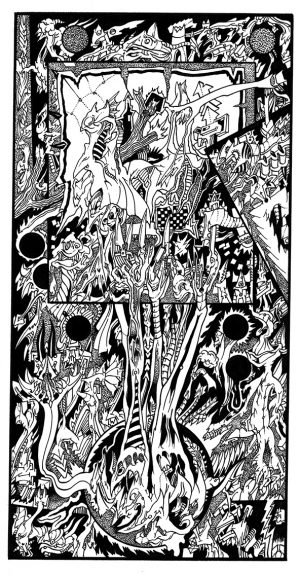 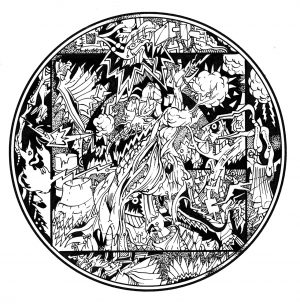 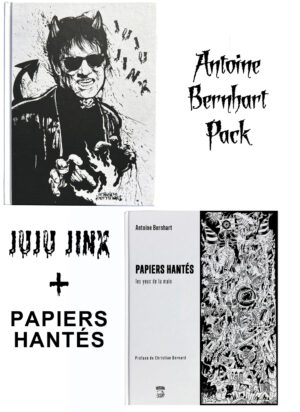 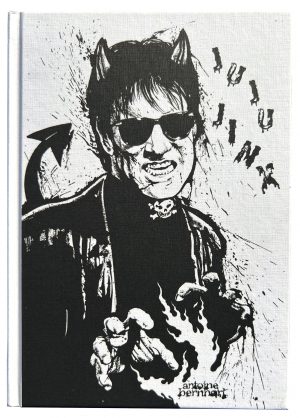 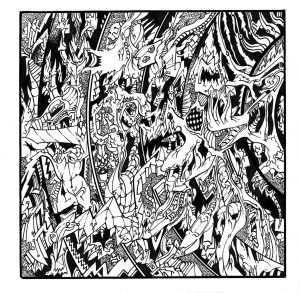