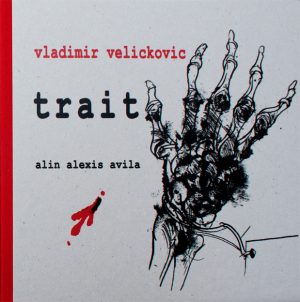 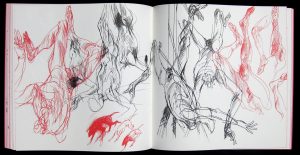 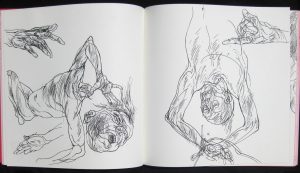 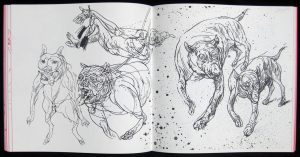 Velickovic was born in Belgrade, in 1935. As a young kid he experiences human tragedies on a daily basis during the second worldwar. The corpses abandoned by the war and its immeasurable ravages, of which he will remain conscious until the infinitesimal. Horror, in all its existential depth, will therefore be his material and will never leave it; not a canvas, not a drawing which is not the expression of this raw reality. similarities of style with this other great painter of the XXth century, also great witness of human pain, Francis Bacon. We also think, for the theme, of the war paintings of Goya or, closer to us, those of Otto Dix A whole life of painting suffering, death, blood, arbitrariness, the unbearable, with a permanence that could border on impossible remission, if it were rather a question of delivering a message (? ) perhaps even more atrocious: the permanence of barbarism…